I was thinking about pigeons and it brought to mind this great quote from a book I read a few years back. The book is Masks in a Pageant — and I highly recommend it — by the great American journalist William Allen White. The quote follows:

The thrush, the oriole, the bird of paradise, are esteemed by society, while the unlovely hell-diver is despised. Nature has no favorites. All her creatures are equally beloved; in God’s kingdom all the subjects are of royal blood. The earthworm is as useful as the lion; the amoeba has full fellowship with man.

I saw this beautiful guy (or gal) on my recent trip to Italy. Birdie was just enjoying the sun. Really nice colouring, yes? I know it seems I may be developing a(nother) weird obsession, but I think pigeons get a bum rap… 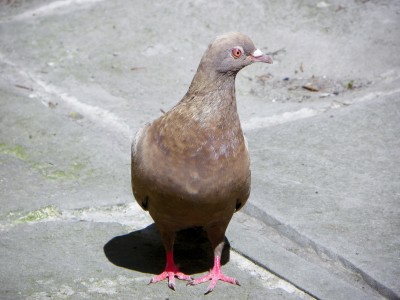 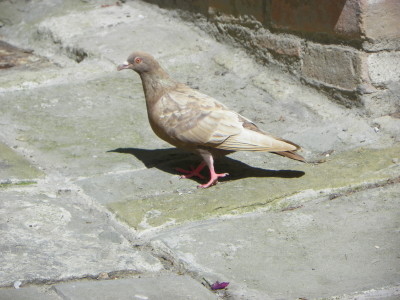 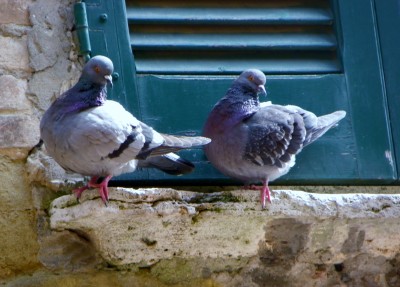 Please visit my tumblr — “My Uncle’s Letters from the War.”

One of the finest speeches in cinematic history.

One of my favourite places in Italy is Gubbio, a small city near Assisi and Perugia. (St. Francis tamed a wolf there and said wolf is buried in a church there. Seriously.) It has a rickety old funicular thingy that will take you right up to its very top, on the tippity-top of a mountain, but it is also fun to simply walk up (as far as you can) and back down the city. I did that one day in December with a Vietnamese friend/classmate and I shot this picture quite haphazardly. My friend had walked ahead of me as I tied my shoelace, and when I looked up I snapped the shot. My main goal was to get a picture of the architecture but it came out better like this. All of this is to say that this photo won honourable mention in Accenti Magazine’s 2015 photography awards (Accent is an arty magazine out of Montreal). I would have preferred winning but I think I’m kind of like one of those TV characters — on the Waltons or Eight is Enough — who never wins anything, always just comes second and yet learns valuable lessons along the way. Ahem. 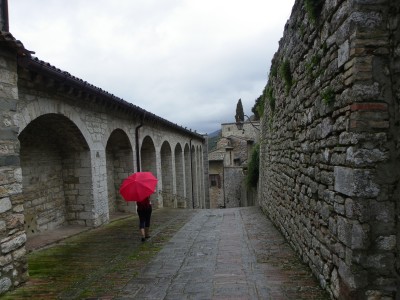 I am very proud of self, because I managed to do a nearly five-week trip in France and Italy with only a carry-on bag! It is what Rick Steves recommends, and he is right. It isn’t easy, of course, but once you’ve done it you realize it is the only way to travel.

That said, were I to return to Italy to study for a semester (a possibility in future) I would not be able to manage that. A carry-on bag for three months? I don’t think so. One would end up buying too much and then have to buy a bigger bag with which to return home.

Still, it is terrific to not have to wait at the luggage carousel, and not have to fear losing one’s luggage. Better Half had his bag lost on the trip back, though he did — thank goodness — get it returned six days later. I’ve had my luggage lost twice: once coming back to Canada from Turkey, once coming back from Israel. Both times I got the luggage back, but it taught me to pack light.

I could listen to this Lucio Dalla song on a continuous loop. In fact, that is pretty much what I have been doing. 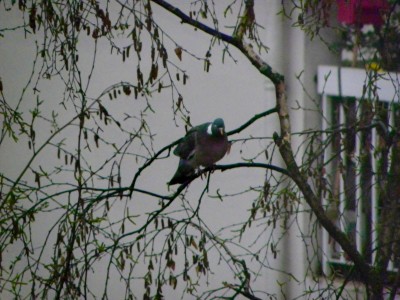