An important book – a write-up of it here.

Ice fisher has second thoughts about hunting after rescuing a moose.

When I was a kid, my mum gave me a book called “Animals Nobody Loves.” I could not put it down – and now, as a getting-older lady, I wish I had kept it. Checked my library app and could not find it (though I found a book with the same title and probably in the same vein, written by someone else). Lo and behold, Amazon has it, and I still remember that cover (see link above)! Well, the glories of Jeff Bezos.

Why do  I mention it? Because two days ago in the New York Times I found this column, which in my view is near perfection.

World, world, forgive our ignorance and our foolish fears. Absolve us of our anger and our error. In your boundless gift for renewal, disregard our undeserving. For no reason but the hope that one day we will know the beauty of unloved things, stoop to accept our unuttered thanks.

One of those columns where I say, “Man oh man, I wish I had written that!”

This has been making the rounds – for good reason. So touching.

Gentle faces from my trip to Ireland. Both from Sherkin Island. 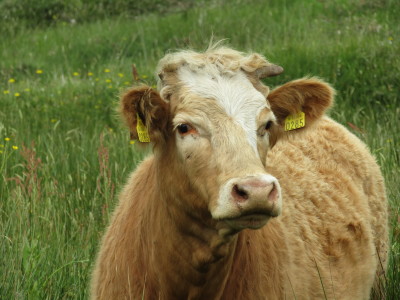 I do so love their eyelashes. 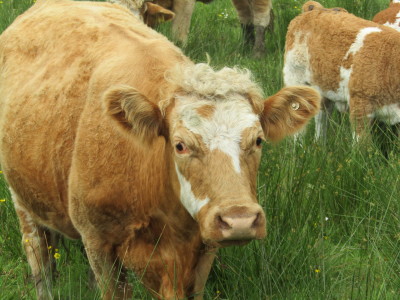 The Wondiwoi tree kangaroo is so rare and elusive that it disappeared for nearly a century and was assumed to be extinct. Now it has not only been spotted, but also photographed for the first time ever.

The unusual monkey-like kangaroo clambers through the trees of the montane forests of New Guinea. It had been seen there only once before by Western scientists, in 1928…

Now an amateur botanist from the U.K. has led an expedition into near-impenetrable bamboo forests 5,000 feet high in the remote Wondiwoi Mountains of West Papua, Indonesia, to find it.

“Just showing that it still exists is amazing. It’s such a remote and difficult spot to access that I was uncertain we would ever know,” says Eldridge, who was not involved in the expedition.

The world is full of beautiful things.

If you’re looking for a good cause, a good charity to which you can donate, look no further than the Aleppo Cat Man. He is really doing the work of the angels. Of course, any charity that matters to you is also an excellent option, but I have so admired the work done by this sanctuary in an impossible situation.

This poem is magnificent. Why did we have to read Lawrence’s novels at university, but not his poems? I could have lived without the former, but surely would have appreciated — even loved — the latter.

Climbing through the January snow, into the Lobo Canyon
Dark grow the spruce-trees, blue is the balsam, water sounds still unfrozen, and the trail is still evident

Men!
Two men!
Men! The only animal in the world to fear!

They hesitate.
We hesitate.
They have a gun.
We have no gun.

Then we all advance, to meet.

Two Mexicans, strangers, emerging our of the dark and
snow and inwardness of the Lobo valley.
What are they doing here on this vanishing trail?

What is he carrying?
Something yellow.
A deer?

He smiles foolishly as if he were caught doing wrong.
And we smile, foolishly, as if we didn’t know.
He is quite gentle and dark-faced.

It is a mountain lion,
A long, long, slim cat, yellow like a lioness.
Dead.

He trapped her this morning, he says, smiling foolishly.

They go out towards the open;
We go out into the gloom of Lobo.
And above the trees I found her lair,
A hole in the blood-orange brilliant rocks that stick up, a little cave.
And bones, and twigs, and a perilous ascent.

So, she will never leap up that way again, with the yellow flash of a mountain lion’s long shoot!
And her bright striped frost-face will never watch any more, out of the shadow of the cave in the blood- orange rock,
Above the trees of the Lobo dark valley-mouth!

Instead, I look out.
And out to the dim of the desert, like a dream, never real;
To the snow of the Sangre de Cristo Mountains, the ice of the mountains of Picoris,
And near across at the opposite steep of snow, green trees motionless standing in snow, like a Christmas toy.

So many truly moving ceremonies this morning, in so many countries. I thought the service at the Arc de Triomphe was particularly lovely. I am from the generation that read The Guns of August in school, and while it is an excellent book, I think a much better book for anyone who wants to understand (in as much as one can) the origins of World War I is The Sleepwalkers.

I think this article is worth a read, though it is painful. It is about animals who die in war. I know my uncle wrote frequently about animals during his training period in the UK, and also fondly about the dogs “adopted” by his regiment. Please do continue to visit this website, where I am posting my uncle’s letters home from World War II (as well as his poems and family photographs and documents). 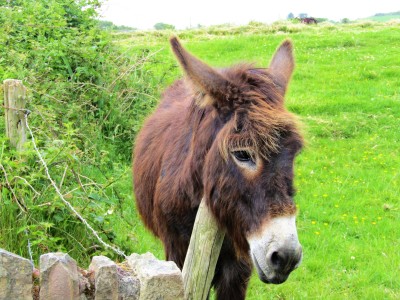